How to Give Treatment for Surgeonfish Cuts 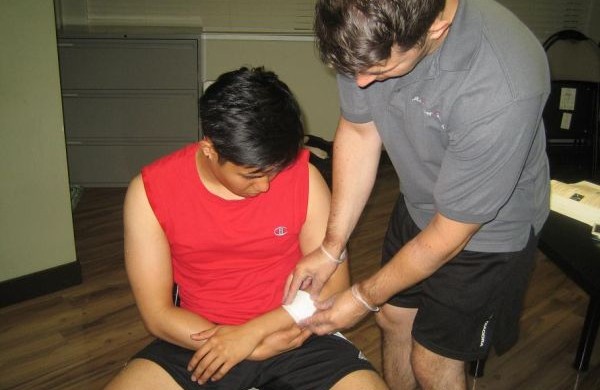 Surgeonfish cuts cause abrasions and lacerations to their victim’s skinusing their bladelike spines “knives” on both sides near the tail. The sharp spine or scalpel is the reason for their appropriately termed common name. Their blades are retractable. And although there is no associated toxin or venom, surgeonfish can cause deep penetrating wounds, which may lead to tendon or nerve damage.Surgeonfish are also called doctorfish and tang.

When to Seek Medical Help Regarding Surgeonfish Cuts

There is rarely a need for medical attention regarding surgeonfish cuts. Most can be treated and managed at home, however, when any of the following symptoms are present or begin to show, it may be better to seek medical attention immediately:

The most important goals for surgeonfish cuts are to stop bleeding and avoid any complications. To do this, give first aid as soon as possible.

Medical emergencies may occur anywhere, even deep in the ocean. And thus, it is highly recommended to join in First Aid Courses before scuba diving or other places where medical help may be inaccessible. Learning how to treat and manage surgeonfish cuts and other marine animal injuries may help avoid complications.