Chlamydia trachomatis and Neiserria gonorrhea are the

most commonly reported STDs. Co-infection with the two is not uncommon and often occurs in patients who have either any of the two. The group with the greatest risk for C. trachomatis is young women between the ages 16 and 24 years of age.

Transmission of gonorrhea and Chlamydia from a pregnant woman to her infant during vaginal childbirth is very common. Approximately 20% to 50% of infants born to mothers with these STDs develop some form of bacterial related conjunctivitis  and another 20% develop bacterial related pneumonia resulting from any of the causative STD agent.

Clinical manifestations  of gonorrhea and Chlamydia

Both Chlamydia and  gonorrhea infections frequently do not cause symptoms in women. When symptoms are present, mucopurulent cervicitis with purulent exudates in the endocervical canal in the most frequent clinical manifestation. Moreover, women with gonorrhea can also present with symptoms of urinary tract infection or vaginitis.  Although men are more likely than women to have symptoms when, infection with gonorrhea and/or Chlamydia can be asymptomatic. When symptoms are present, they may include a burning sensation when urinating followed by purulent penile discharges. Moreover, male patients with gonorrheal infection may also report painful swollen testicles.

Assessment and Diagnostic Findings for gonorrhea and Chlamydia

Medical management of gonorrhea and Chlamydia

Since patients are often co-infected with both gonorrhea and Chlamydia, centers for disease control recommends dual therapy even if only one of the bacteria causing the STD is laboratory proven to be present. Recommended

treatment for these sexually acquired infections are a broad range of antibiotics. The antibiotic treatment is contraindicated in pregnant women or those who are known to be hypersensitive to a particular class of antibiotics. Patients with uncomplicated STDs resulting from gonorrhea who are already treated with CDC recommended therapy need not have to routinely return for 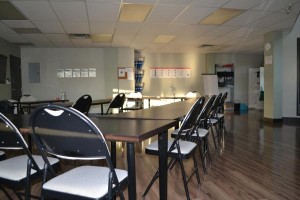 proof-of-cure visit to the health care facility where they were initially given treatment. If an individual reports a new episode of symptoms or is tested positive for the infection again, the most likely explanation for the recurrence of the STD is re-infection rather than failure of treatment. Serologic testing for syphilis and HIV should also be encouraged although not required for patients with gonorrhea or Chlamydia, since any sexually acquired infection significantly increases the risk of other sexually transmitted diseases as well.